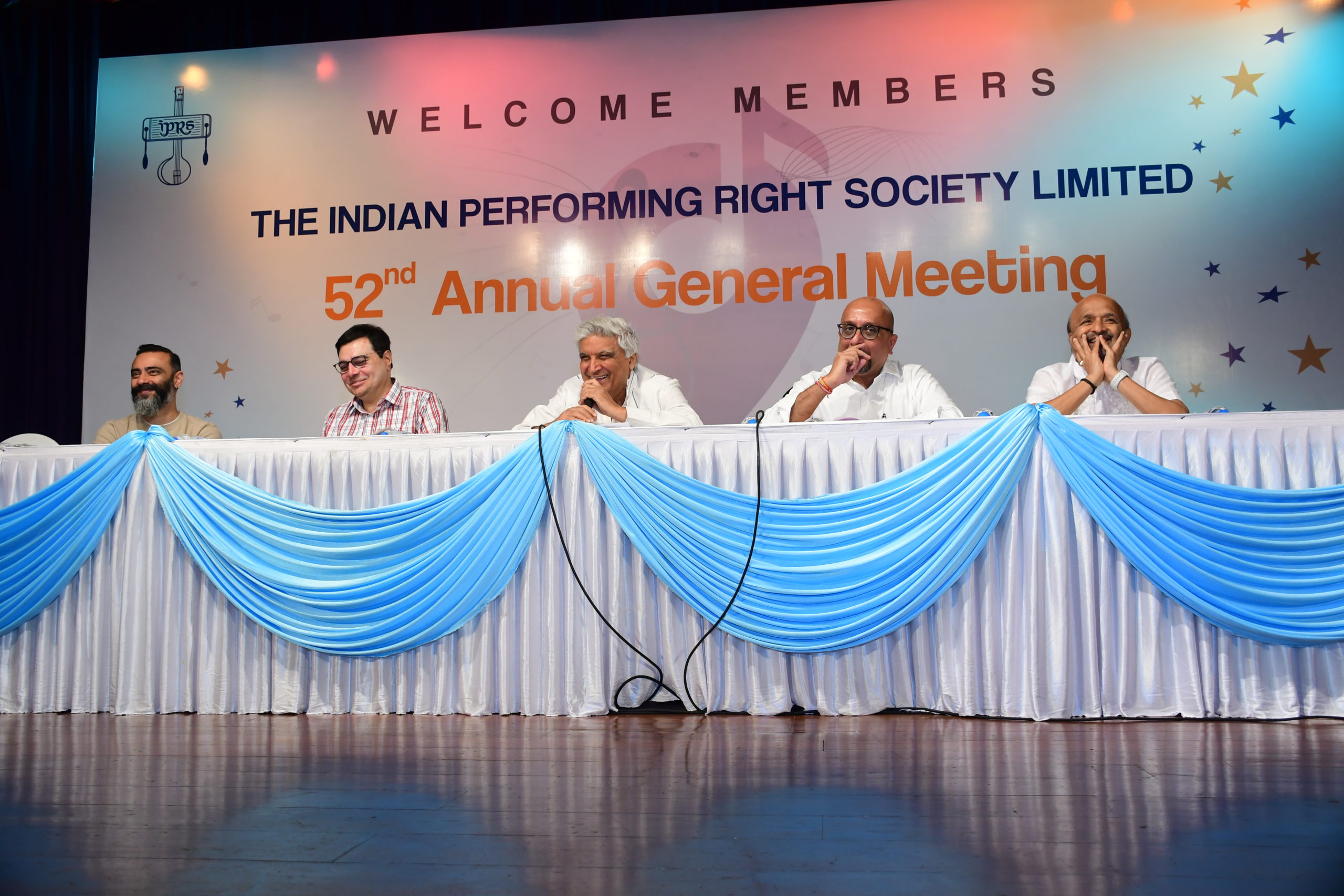 Many are not aware or not very clear about the Copyrights in Music and therefore functioning of Indian Performing Right Society Limited (IPRS). They often ask, “What is the business of IPRS?”

In short, IPRS is to legitimize use of copyrighted Music by Music users by issuing them Licences and collect Royalties from Music Users, for and on behalf of IPRS members i.e. Authors, Composers and Publishers of Music. Royalty thus collected is distributed amongst members after deducting IPRS’s administrative costs. Composers are those who are better known as Music Directors, Authors are better known as Lyricists, Publishers of Music are the Music Companies, or those who hold Publishing Rights of the Musical & Literary Works. Authors and Composers are sometimes referred to as Writers which can mean any or both of them.

The Company’s policy and administration are controlled by a Governing Council of Directors elected by the Members at General Meetings every year from amongst their own numbers, consisting of Members who are Authors, Composers and Publishers. The Council is equally represented by Publishers and Writers. Further, there is also an equal representation between Composers and Authors in all Regions. The Chairman of the Governing Council is Mr. Javed Akhtar who is an Author Member.

The Company has its Registered and Corporate Office at Mumbai with branch offices at Delhi, Chennai and Kolkata through which, the Society carries on its licensing activities.

The Indian Performing Right Society Ltd. (IPRS) as you see it today is not an overnight creation. The Company has evolved and emerged through good and rough weather during the past many years. It is a chronicle of a journey with its pains, struggles, frustrations but ultimately some achievement at the end.

The IPRS came into existence on 23rd August 1969. The IPRS is a representative body of Owners of Music, viz. Composers, Lyricists (or Authors) and the Publishers of Music and is also the sole authorized body to issue Licences for usage of Musical Works & Literary Music within Indian.

The task was very difficult and tedious because the copyright situation in the country was not clear. There was confusion over ownership rights as acute lack of knowledge and information amongst not only the users of Copyright material but also amongst the owners themselves. The IPRS members themselves were not too interested in the affair of the company simply because they like the common man of the country, were not aware of the importance of the copyright law and had no idea what this business was all about. Words like Copyright Ownership, Performing Right and License Fees were alien not only to the public but also to them. IPRS thus had to wage through these difficult times and situations all the while managing to keep up the fight for a better Copyright environment and awareness in the country.

It was Mr. M. B. Srinivasan, a renowned Composer of South India and an active Trade Unionist who mobilized the Members of the company and persuaded them to take full control of management of the Company, in this struggle he was ably supported by Mr. Naqsh Lyallpuri. In 1990’s the company underwent a change in directions when it appointed young professionals to run the company, thereby enthusing new blood into the company.